Climate Repair for Whom? Voices on climate change needs and experiences from climate vulnerable regions

A pressing question facing climate change actors is "in a turn off the CO2-tap scenario, how do you deal with the remnant inertia in climate systems?” This panel aims to bring diverse voices from regions most vulnerable to current climate impacts to address issues of climate repair (such as GHG removal via natural solutions, indigenous responses and climate engineering). 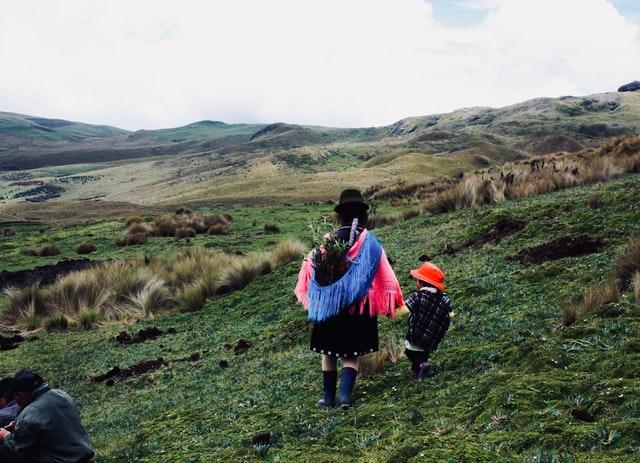 A pressing question facing climate change actors is “in a turn off the CO2-tap scenario, how do you deal with the remnant inertia in climate systems?” This panel aims to bring diverse voices from regions most vulnerable to current climate impacts to address issues of climate repair (such as GHG removal via natural solutions, indigenous responses and climate engineering).

This four-person session is intended to have relaxed but frank debate in a format that allows speakers to engage with ease.

CCRC is a cross-disciplinary research institution that fosters collaboration around the world through multilateral research programmes. Premier experts in the fields of science, policy, engineering, economics, governance and beyond from across the University of Cambridge and partners develop these solutions. It was formed and is chaired by Sir David King. CCRC was created in response to the climate crisis, to provide comprehensive science and guidance towards action for climate repair.

While developing solutions for climate repair, CCRC promotes the participatory development of solutions in ways that promotes inclusion, peace, and stability. Incorporating diverse voices of communities impacted by climate change is core to our approach.

Michael Bravo is Convenor of the Circumpolar History and Public Policy Research Group at the Scott Polar Research Institute, as well being a member of the Geography Department's Society and Environment Research Group.

Michael Bravo has an interdisciplinary background with a humanities Ph.D. (Cantab 1992) in the history and philosophy of science, building on a technical background with a B.Eng. (Carleton 1985) in satellite communications engineering. Bravo has written extensively on the role of scientific research in the exploration and development of the Arctic, exploring issues in the philosophy of experiment such as the nature of precision and calibration. In his co-edited book Narrating the Arctic (2002), he explored the implications of the Arctic's extraordinary historical diversity through the lens of the Scandinavian Arctic. He is currently leading an International Polar Year project making a comparative study of the uses of polar research stations. Under this umbrella his team has begun to assemble the first overview of the creation of polar research stations from the 1820s to the present day, linking them to other crucial developments in science such as the laboratory revolution and the invention of international scientific years (e.g. IPYs). His current concerns include the recent rise of cryo-politics, the ethics of environmental regulation, and the dangers that sea ice loss pose to the political rights and traditions of the Arctic's inhabitants.

Saleemul Huq, director of the International Centre for Climate Change and Development (ICCCAD)

Prof. Saleemul Huq is the Director of the International Centre for Climate Change and Development (ICCCAD) and Professor at the Independent University Bangladesh (IUB) as well as Associate of the International Institute on Environment and Development (IIED) in the United Kingdom as well as the Chair of the Expert Advisory Group for the Climate Vulnerable Forum (CVF) and also Senior Adviser on Locally Led Adaptation with Global Centre on Adaptation (GCA) headquartered in the Netherlands. He is an expert in adaptation to climate change in the most Vulnerable developing countries and has been a lead author of the third , fourth and fifth assessment reports of the Intergovernmental Panel on Climate Change (IPCC) and he also advises the Least Developed Countries (LDC) group in the United Nations Framework Convention on Climate Change (UNFCCC). He has published hundreds of scientific as well as popular articles and was recognised as one of the top twenty global influencers on climate change policy in 2019 and top scientist from Bangladesh on climate change science.

Åsa Larsson Blind is vice-president of the Saami Council. She has been a member of the Saami Council since 2008 and elected President in the period 2017-2019. Larsson Blind lives in Övre Soppero in the Swedish part of Sápmi. Larsson Blind is part of a reindeer herding family and holds an MSc in Human Resources Management and Development. Larsson Blind has long experience from work in Sámi organizations. She was, as first female, elected chair of the National Sámi Association in Sweden 2019-2021, where she also was a board member in 2007-2011, board member in the Sámi Educational Center in Jokkmokk 2007-2009, and 2002-2007 board member of the Sámi Youth organization in Sweden, Sáminuorra.

Peter is a Kenyan citizen. Currently he is a lecturer and departmental examinations coordinator at Kenyatta University. He holds a Bachelor’s degree in Environmental Studies and Community Development from Kenyatta University and a Master’s degree in Sustainable Resources Management from the Technical University of Munich, Germany. His doctoral scholarly work at Kiel University, Germany concentrated on ecosystems management and ecosystem services mapping and assessment. Peter’s expertise is on human-environmental systems, ecosystem services mapping/assessment, sustainability and community development with a biased focus on urban and peri-urban ecosystems. Beyond teaching and research, Peter is an academic author, scientific journal reviewer and a consultant. He has previously consulted for UN-ILO, Greenpeace Africa, and Civil Environmental Rights Groups as the Principal Investigator (PI). Peter has four ongoing research projects namely: the UNESCO-Kenyatta University project entitled ‘Higher Education Development for Green Economy and Sustainability (HEDGES)’ where he is a member of the Technical Working Group; ‘Building Urban Community Networks for Sustainable Cities in Africa (UComNetSus-Africa)’ where he is the Consortium Lead; ‘Building Capacities of Local Practitioners for the Assessment of the Dynamics of Ecosystems in the Emerging Coastal Towns in the WIO Region’ funded by WIOMSA, where he is a PI; and ‘Connecting agropastoral food culture research to livestock conflicts and commercialisation policy’ funded by IDS-UK, where he is a co-PI. Peter is a trainer in the annual Nairobi Summer School on Climate Justice. He is an active member of professional networks such as AlterNet, CIM/PMD, KAAD- Association of Scholars from East Africa (KASEA), National Geographic Society, Society of Conservation Biology, Belmont Forum, Future Earth and GSF-PtP.

You can watch the recording of the session now.